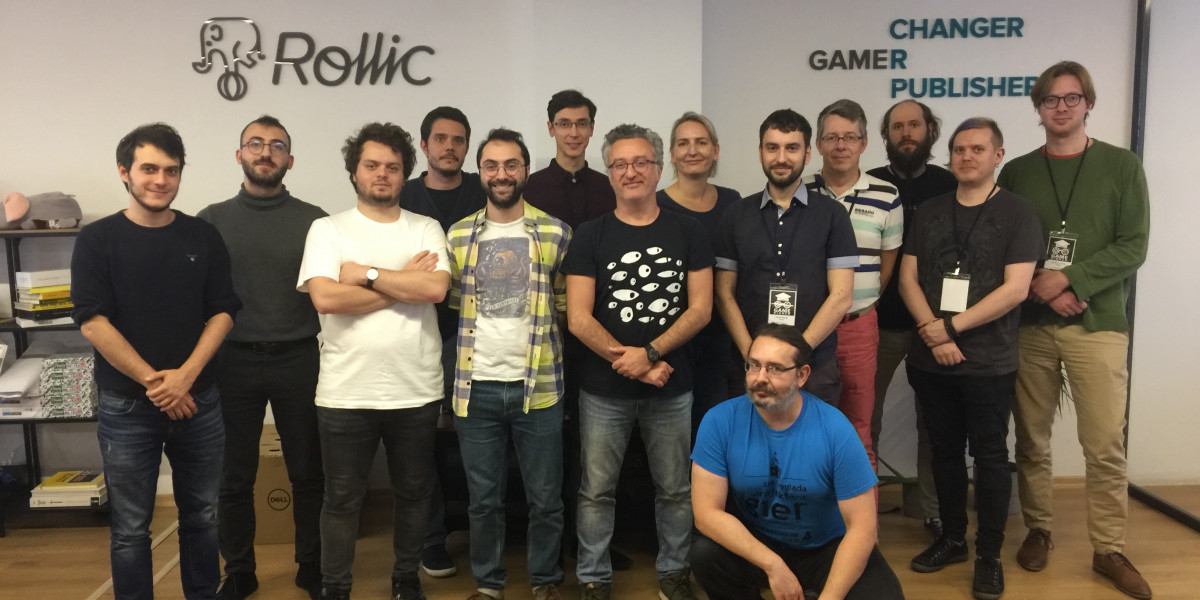 The project to support the development of game dev education – GAMEHIGHED – which we are one of the main five partners of, has released first of the numerous planned project outcomes. The document covers the state of the education ecosystem in involved countries (Czechia, Poland, Finland, and Turkey) and evaluates the situation in partnered universities in cooperation with representatives of local game dev studios.

On behalf of Czechia, the Charles University Faculty of Mathematics and Physics under the leadership of the master’s program Gamedev CUNI and the faculty spin-off Charles Games is involved in the program alongside with our association. Gamedev CUNI is focusing on the support of game jams and wide cooperation across the industry including other faculties and universities to create a multidisciplinary environment. It is the wide range of skills required in the game dev industry together with the pressure to specialize heavily that is considered to be one of the biggest challenges in game dev education.

In general, all partners have mentioned a lack of full-time employees and pedagogues on universities to carry out the educational programs as well as insufficient financial support. Czechia also lacks enough legislative support for internship programs which are limited in length for university students. Future effort should thus be focused on lowering these barriers and work towards introducing bachelor programs to complement the existing master’s degree education.

Our association focuses on connecting the academia so that needs on both sides are met and well balanced. Thanks to a strong representation of our members we have access to a unique overview of the needs of our industry and can reflect the limits and possibilities of game dev studios. The key problem is the disproportion between the number of absolvents each year produced by universities, which reaches only a few dozens each year, against over two hundred new job positions that are currently open. In combination with the very complicated process of employing professionals from countries outside the EU, the growth of the industry is held down significantly as a result.

Jyväskyl University in Finland is located in the market which is heavily oriented on mobile thanks to the success of companies like Supercell and Rovio. The startup scene is very strong in the country as well as a network of hubs and incubators.

Bahçeşe-hir University in Turkey has managed to connect the community of game developers and academia around Istanbul and beyond. They also shared very positive experiences with the Bauhaus educational model, which is implemented through workshops led by industry veterans. Although they face the challenge of the high outflow of graduates out of the country.

Kazimierz Wielki University in Poland has years of practice with their bachelor’s program Game Studies and Design (Gamedec). Their focus is mainly on game design and extensive internship programs and game jams, thanks to which their graduates gain very important practical skills.

The cooperation between partnered universities also contributed to numerous Erasmus agreements and increasing visibility of opportunities for students who participate in those programs. The Charles Games spinoff excited many universities and inspired them to similar actions. The next step of the Gamehighed iniciative will be the creation of the model BA curriculum for Game Design & Development.

GAMEHIGHED is an initiative under the Erasmus+ program, aimed at the development of international cooperation of universities in the field of game dev education. The main goal of the project is the innovation of educational programs, the creation of open educational materials (OER) and a set of recommendations for developing excellence in the game dev professions. The Czech Gamedev Association is a main partner of the program together with universities from Czechia, Poland, Finland, and Turkey.