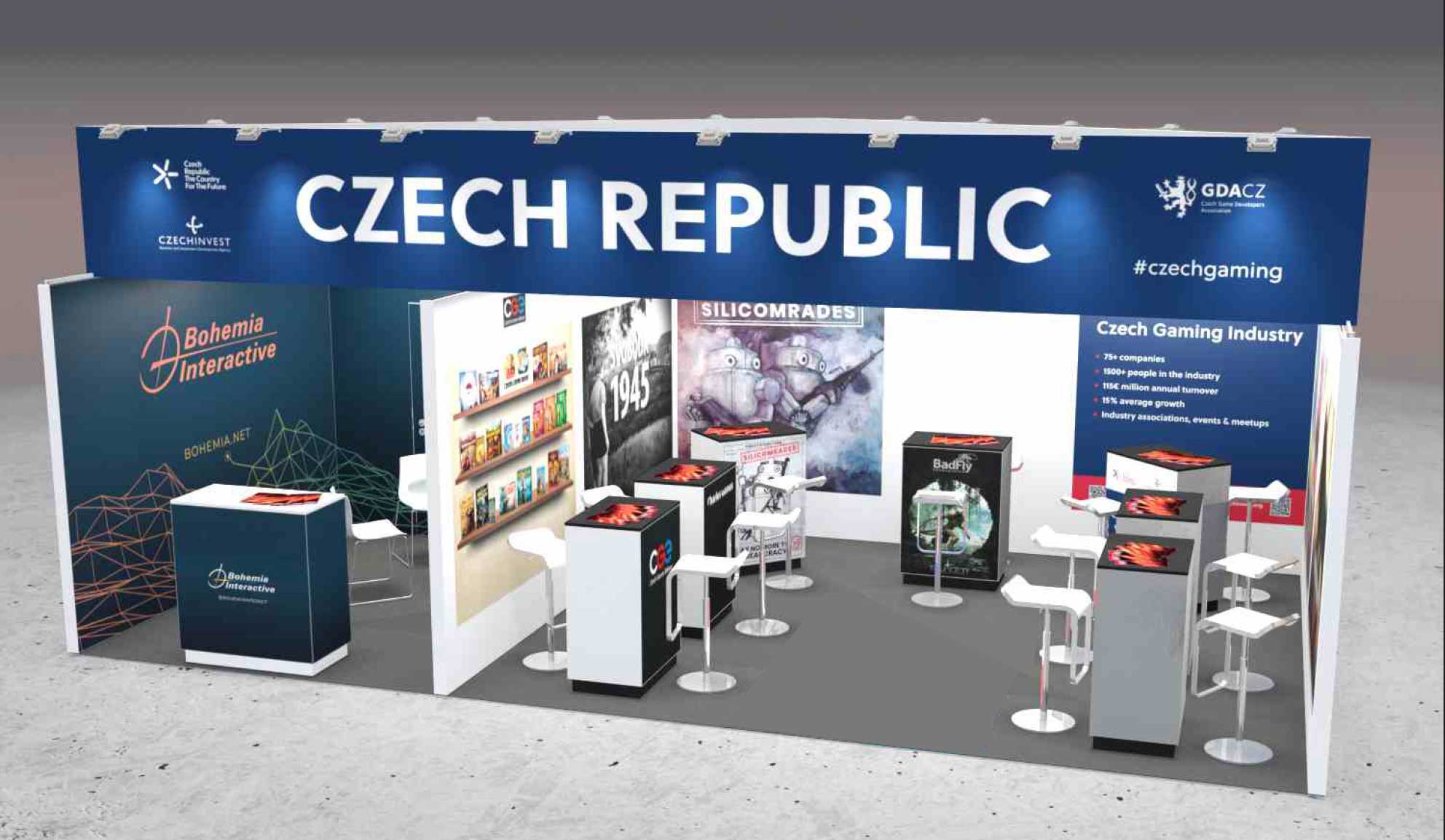 International trade fair for digital games culture, Gamescom in Cologne welcomes gamers, fans and game developers from all around the world every year. Czechia is enhancing its presence via national booth which will introduce seven Czech studios and their fascinating games between 20th and 22nd August. We invite all visitors to visit the booth in section E-059g, hall 03.2.

Exhibitors at Czech national booth include established companies like Bohemia Interactive, Charged Monkey and their mobile games, BadFly Interactive with their upcoming title Tauceti or renowned publisher and developer of board games and their digital adaptations Czech Games Edition. Apart from these bigger studios we are bringing few startups like Charles Games with their upcoming title Svoboda 1945, Gold Knights with an action RPG Lost Hero and team Outside the Fox with a unique coop game Silicomrades.

Czech national booth is present at Gamescom for a second time and its popularity is increasing each year. “We are glad that Czech game developers have this great way to represent themselves abroad and we hope that we will be able to bring these amazing studios and games to other conventions in the future.” says Pavel Barák, the chairman of Czech Game Developers Association.

Continue
We use cookies to ensure that we give you the best experience on our website. If you continue to use this site we will assume that you are happy with it.Ok